P-value is the probability of observing the data, given the null hypothesis is true.

For example, if we have a random variable A and the value x. The p-value of x is the probability that A takes the value x or any value that has the same or less chance to be observed.

A neurologist is testing the effect of a drug on response time by injecting 100 rats with a unit dose of the drug, subjecting each to neurological stimulus, and recording its response time. The neurologist knows that the mean response time for rats not injected with the drug is 1.2 seconds. The mean of the 100 injected rats' response time is 1.05 seconds with a sample standard deviation of 0.5 seconds.

Do you think that the drug has an effect on response time?

P-value tells us how likely it is to get a result like the sample parameter (e.g., mu) if the Null Hypothesis is true.

P-values have different threshold other than 0.05, based on different experimental scenarios! A large probability means that the H0 or default assumption is likely. A small value, such as below 5% (0.05) suggests that it is not likely and that we can reject H0 in favor of H1, or that something is likely to be different (e.g. a significant result).

In this example, we performed a Parametric Statistical Hypothesis Tests.

The larger the absolute value of the t-value, the smaller the p-value, and the greater the evidence against the null hypothesis. 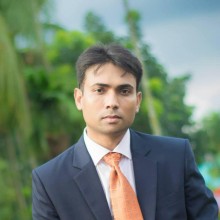